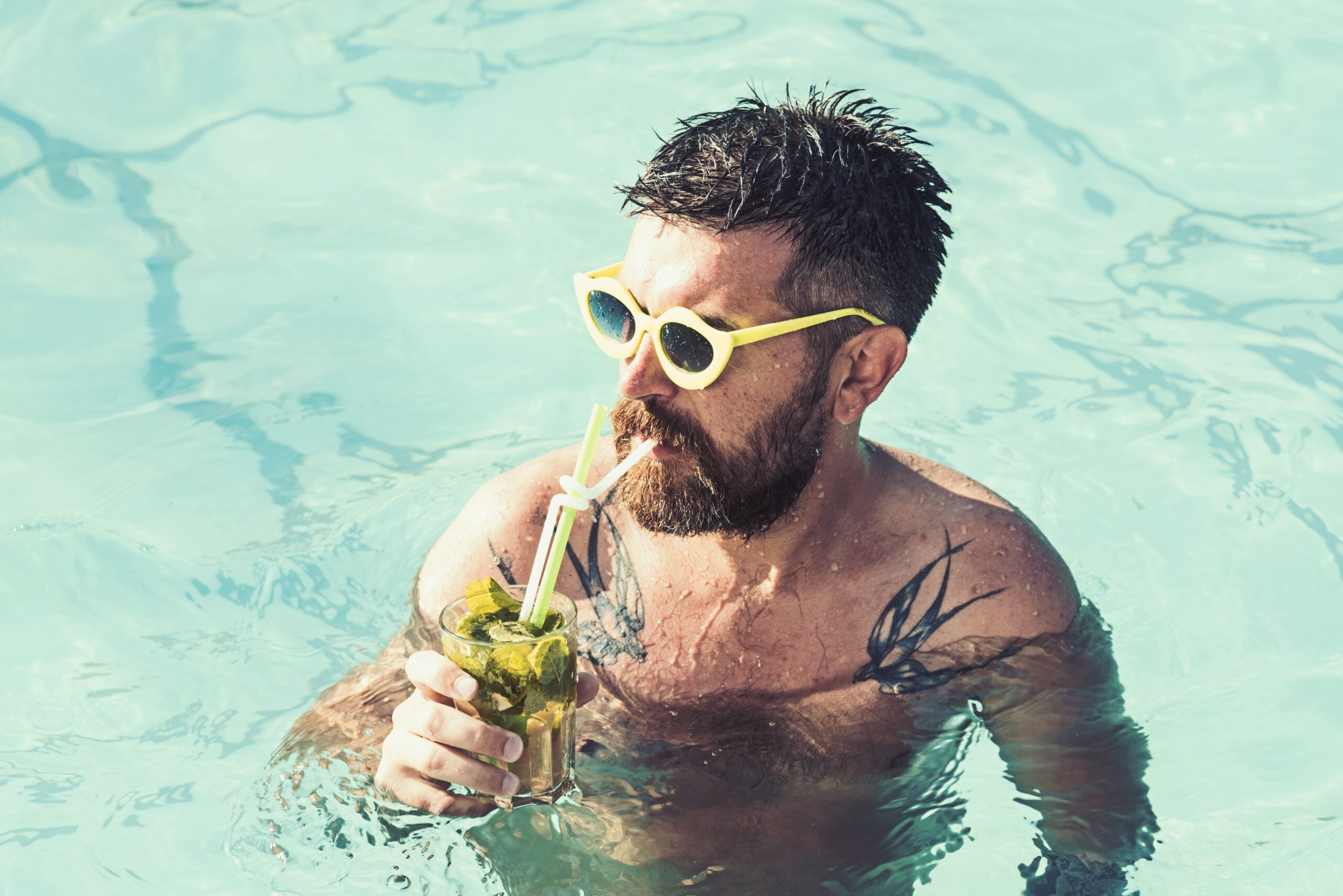 It’s getting hot outside gentlemen. That means barbecues, parties, and drunkenly describing your life to your Lyft driver at 3 am. Summer is all about enjoying yourself. But just like everything else in life, there‘s a right way and a wrong way to go about it. You don’t want to end your summer having gained 30+ pounds and looking like a shell of yourself. But with moderation, and some of our advice, you can get as sideways toasted as you want and still maintain your pre-summer weight.

Foremost, I’m a personal trainer and a martial artist. I’ve been involved in physical activity my whole life. I played soccer, football, recreational basketball, and practiced boxing and Muay Thai. I know what it takes to stay in shape and still enjoy your life. Now, let’s get down to business.

Intermittent Fasting isn‘t a fad, but it‘s also not a miracle pill. It’s just a technique where you fast for most of the day and only eat during a pre-defined window (usually 8 hours.) By only eating during restricted times, you reduce your caloric which also means saving money on groceries. People also report they feel sharper and look better.

So on the days when you know you’ll be heading to that party, you can fast most of the day and then eat a meal before you head out. That way, you still have the calories to use throughout the night (and that late night pizza won‘t hit you as hard.)

Liquor Instead of Beer

Swapping beer for liquor is another trick to save yourself from a life of using the wheelchair scooter at Walmart. Regular beer fills you with enough carbs to blow you up like a balloon at your little cousin‘s birthday party. Light beers are a good alternative, but there’s something better than that; spiked seltzers or drinks with zero-calorie mixers.

Spiked seltzers are all the rage now, with White Claw and Truly being the biggest hitters in the market. However, they still have the bad rep of being a “girly” drink. If that will get to you, an alternative is using hard liquor with zero-calorie mixers. There are a lot on the market, with some coming in miniature bottles you can take with you. Here are some examples of some better tasting zero-calorie mixers:

You‘ve heard this your whole life. And we get it, you don’t like the taste, it‘s gross, yada yada yada. But when you‘re drinking like a sailor in Bora Bora, drinking water in between can:

The recommended dose for water is 8 glasses or roughly half a gallon. But any bit will help, especially on days when you‘re drinking heavily.

Instead of driving two blocks to the convenience store, walk. Instead of parking two spots in front of that Walmart, park farther and walk. When you incorporate walking in your daily routine, on top of regular exercising, your body can better handle extra calories. A nice walk will help you center your thoughts and unwind from the previous evening. It‘s amazing how much better you look and feel from just walking. And being able to consume more calories is a bonus.

Having fun and going out this summer doesn‘t mean you’ll end up looking like a competitive eater. Follow our advice, do your due diligence, and you’ll keep those summer pounds off with ease.

About the Author: Xavier Fletcher

Xavier is a contributing writer for Gemsman, a web developer, an artisan, and a personal trainer. After spending several years training clients, Xavier moved on to a leadership role in a transportation company where he doubled as a trainer and restructuring specialist. In his spare time, Xavier reads, exercises, meditates and shares experiences through his personal blog.